Name the Crane  and be in to win an iPad!

Something BIG is coming to Taranaki Base Hospital – and we are putting the call out to the Taranaki community to come up with a name for it!

A 45m tall tower crane will be on site from the beginning of July as part of the Project Maunga Stage 2 construction work, helping to build a first class health care facility for the people of Taranaki.

At that height it is nearly as tall as the wind wand!! It has the ability to lift 20 tonnes – that’s the equivalent of three African elephants, or 40 dairy cows, or 4,000 cats – and can reach as far as 71m, the length of a Boeing 747 jumbo jet.

It is set to be part of the Taranaki landscape for around 18 months as construction work on the New East Wing Building at the hospital progresses, and so we thought it deserved a name.

We are welcoming suggestions from the community via our Taranaki DHB Facebook page or by emailing namethecrane@tdhb.org.nz – the top five suggestions as decided by a panel of judges will then be put to a public vote.

The person who suggests the winning name will win a iPad generously donated by Leighs Construction, the lead contractor for the project.

Project Maunga Stage 2 and the Seismic Risk Management Plan are currently underway and will see the construction of a 20,000m2, six-storey building housing many of Taranaki Base Hospital’s acute clinical services including ED, ICU, Maternity, Primary Birthing, Neonatal, Radiology, Laboratory and a roof-top helipad.

The new Renal Unit, Energy Centre and Computer Room are nearing completion and should be commissioned by the end of the year. Upgrading critical site wide infrastructure is also progressing well, enabling Taranaki Base Hospital to be able to respond swiftly in the event of a natural disaster such as an earthquake.

For more information about the project visit TDHB - Project Maunga 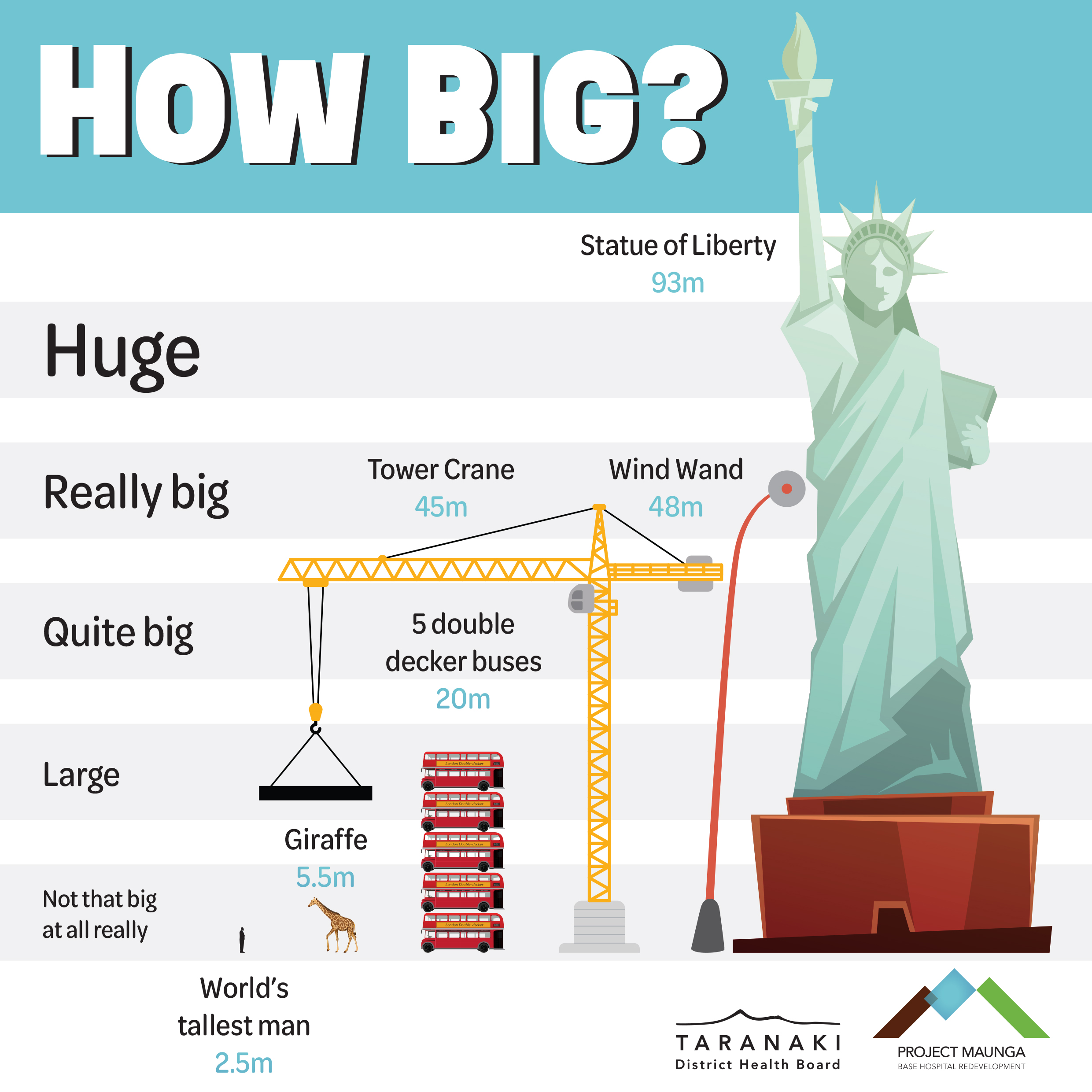